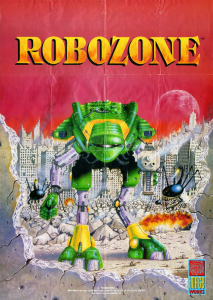 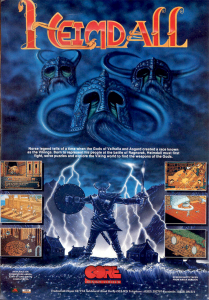 Steve began to work on many different projects from Book Illustration

to poster Art. He even produced a set of illustrations used

Steve began exhibiting his work in Shows and comic cons around the UK and USA.

He would put on Live airbrush Demonstrations whilst selling art to the public. As well

as the public attending these events Many Celebrities from Film and TV would guest appear.

Shirley Eaton {Goldfinger} and Rutger Hauer {Blade Runner} These were portraits of their famous characters.

In the Early 2000’s Steve found himself working on his first film Job as a Storyboard Artist.This film was

‘The Tell Tale Heart’ and was Photographed by the Legendary Jack Cardiff {African Queen}.

Steve then storyboarded the Feature 7 Lives with Danny Dyer.Steve also created storyboards for Ads for companies like Carlsberg and Gillette. Steve began to create Concept art for US Production companies like Blacklight Transmedia. Steve worked on many productions independent and studio based most notably the BBC and Working Title.

Steve began to collaborate with Wayne Daniells, Wayne taking on VFX,Editing and Sound Whilst Steve Directed and Animated.

Together The produced Skinjob a Short Film set in the Blade Runner Universe. Which has enjoyed success being

selected by many Film festivals including Cannes and Bafta. 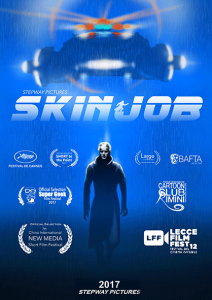 Steve continues to provide storyboards and concept art for Film and TV as well as creating 2D Animations.